Whether your beer lover's favorite is Coor's Light or Blue Moon (or several other domestic options), they'll love this bucket of beers. Stick with the Coor's Light option or pick your own.

This gift includes gourmet popcorn and a pint glass, and it all comes packed in a trendy tin gift bucket.

Want it delivered cold? They can do that! Delivered on ice and ready to drink for an additional $19.95. 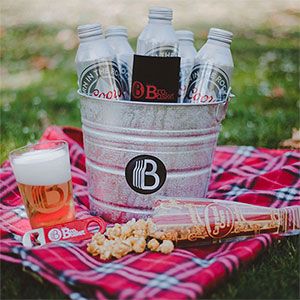 Beers included in this gift

Does your beer lover play favorites? If so, click the beers or breweries below to shop gifts containing or focusing on just those beers and breweries.