Gift Description for Make Your Own Beer Gift Basket

Really want to show how much you care? Take the time to pick out each and every beer, snack, and gift accessory -- including the basket itself -- and tell the story of why you picked each item as they unbox it. 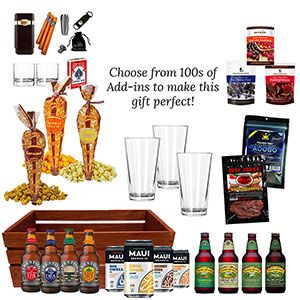 Buy Customize Your Own