How to use this guide: Get more detailed help from the links above. Browse IPA gifts by price below.

About our gift recommendations: We work hard to find the best beer gift ideas. It takes time and effort, so we might get paid if you buy a gift after clicking one of our links.

So you want to buy a gift for an IPA beer lover? You’ve come to the right place. Whether you are an IPA connoisseur yourself or you don’t know anything about beer except the acronym IPA, we have the perfect beer gift for your IPA lover.

We search the Internet high and low for the very best IPA gifts we can find. Each of our suggestions gets compared to many other gifts available in that category, and we carefully consider whether an IPA beer fan would actually want and enjoy each gift we recommend.

We are confident the gifts on this page represent a terrific selection for a variety of gift budgets and IPA-loving beer drinkers. Shop here and you’ll be a gift hero.

If you’ve been anywhere beer is served in the last five years, you’ve probably noticed that IPA is incredibly popular, with an almost cult-like devotion from the beer style’s fans. IPA, which stands for India Pale Ale, has evolved to become a hop-forward ale in the U.S.

While beer geeks talk about an IPA’s hoppiness, most American IPA is really about its bitterness, measured in IBUs (International Bittering Units). In other countries, like England, IPAs are mellower and are more like a Pilsner than what we have come to know as the IPA style here in the U.S. Popular choices for hops in IPAs among top-tier craft breweries are called Citra, Simcoe, Centennial, and Cascade. IPA-drinkers are so happy about hops you’ll sometimes find them proudly labeled on beers that feature it.

Bitterness as a flavor profile is a bit like spiciness: when you first encounter it, even a little bit can be overwhelming, but the more you try spicy foods, the more tolerance for spiciness you build. It’s how people come to be able to eat Ghost Peppers without spontaneously combusting on contact.

Many beer drinkers experience the same phenomenon with bitterness and that’s the part of the experience they enjoy most (though some never grow to appreciate bitterness at all). As the tolerance for bitterness increases, they seek out beers with higher and higher IBUs. To satisfy demand for the bitter-loving IPA drinkers, we’re seeing a new wave of beers that are even bigger and more bitter — Double IPA (DIPA), Imperial IPA, and ESB (Extra Special Bitter).

When it comes to buying IPA gifts, here’s what we think you should know. IPA is a premium beer style and as such, it generally costs more than other beer. This means that if you’re looking for an inexpensive gift, you’re better off buying a fancy accessory like IPA beer glasses or a specialty cooler, rather than trying to find actual beer to give.

Similarly, if you’re big a spender, there are some really cool things you can buy an IPA lover that aren’t beer — like an appliance that helps the recipient enjoy fresh-from the-tap IPAs at home. And lastly, there is only one beer of the month club for IPAs at this time. They allow you to buy anywhere from 2-12 shipments, so it can be quite budget-friendly, whatever your budget.

Before you buy a gift of beer, consider this: not all online retailers can ship beer to all the states in the U.S. It’s a complicated legal matter that amounts to our government protecting beer wholesalers and distributors rather than consumers. It’s a major bummer for craft beer lovers. We’ll usually tell you where a gift can be shipped, but since we don’t sell the gifts ourselves, you may find different information at the store’s website from time to time.

Also, someone 21 years or older must be available to sign for a delivery when it arrives. We recommend having beer shipped to a workplace if possible. If that’s not possible, or you’re sending a gift to someone whose workplace won’t allow personal deliveries, select a gift that doesn’t have alcohol in it — like glassware, posters, homebrew kits, and kegerators. 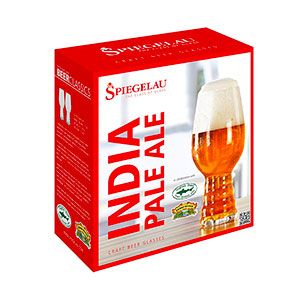 IPA Specialty Glasses
Why this gift? 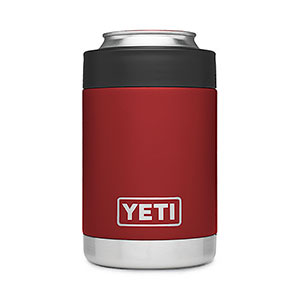 THE Individual Beer Cooler
Why this gift?

12 Different IPAs + Extras
Why this gift?

Customize a Wood Gift Crate - Choose up to 12 IPAs and more
Why this gift?

Pre-selected IPAs in a Wood Gift Crate
Why this gift? 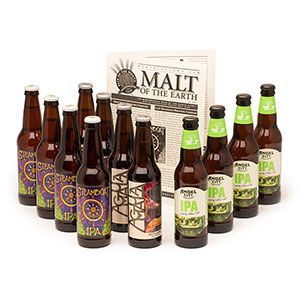 4 Months of IPA Beer Club
Why this gift? 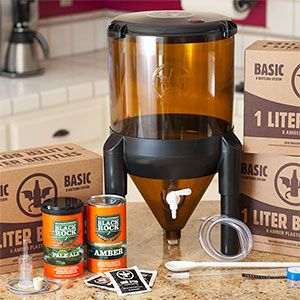 The Right Homebrew Starter Kit for IPA Lovers
Why this gift? 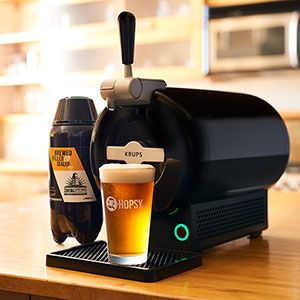 Always-Fresh Brew on Tap with a Kegerator
Why this gift?

These IPA glasses are a collaboration between one of the world’s leading glass makers (Spiegelau) and two brewers famous for their IPAs (Dogfish Head and Sierra Nevada). Regular pint glasses release the aromatics in the beer quickly, but these bowl-shaped glasses concentrate the aromatics, enhancing the hops experience when drinking an IPA (the hops are why most IPA lovers drink that style).

YETI Can and Bottle Cooler

Keeping your beer cold is a must for many styles of beer, but especially for IPAs. A beer coozy really doesn’t work that well for anything other than reducing the warmth created by your hand. Enter The Colster. YETI took their superior cooler technology and shrank it to fit just a single can or standard 12-oz bottle. Better still? It’s dishwasher safe. “Because no one needs more work to do.”

IPA gifts are easier to find than a couple of years ago, but they’re often quite pricey because craft beer can be expensive. This Lagunitas IPA gift basket offers great value for an all-IPA gift, and Lagunitas IPA is one of the U.S.’s top IPAs. Paired with gourmet California snacks and packed in a decorative wood crate, it ships free to California addresses and for $9 to most states.

There are two kinds of gifts with IPA beer in them -- those with just beer, and those with fancy packaging and gourmet snacks. We’ve got loads of both, but to get 12 different top-rated IPAs to your IPA-lover, this is the most economical route. Same great beer, no gift fillers. Though ALL gifts from GiveThemBeer include a free drinking accessories package (coasters, coozies, and a bottle opener).

For some people, giving a gift means carefully thinking about every detail and assembling exactly the right items. This is the IPA gift for you. You can choose from several different IPAs and IPA variety packs, adding up to 12 beers, and then customize further with loads of choices like glasses, tasting kits, gourmet snacks, and more. Caution: they’ll let you make this gift as expensive as you want, so keep an eye on the price while you’re assembling your IPA gift masterpiece.

If the idea of picking out every item in your IPA gift seems daunting, don’t worry, we have an option where all of the picking has been done for you. These 12 top-rated IPAs are handpicked by certified beer cicerones (like wine sommeliers) and come from some of the U.S.’s best craft breweries. Accompanying these top-tier beers are gourmet snacks and it’s all packed in a decorative wood crate.

IPA of the Month Club

We love beer of the month clubs. They encourage brewery and beer style discovery, and they’re a recurring gift that keeps on giving. There is one and only one beer of the month club focused on IPA and other hop-forward beers. Hops and their associated bitterness and aromatics are the aspect of IPAs that make them so beloved, but many IPA lovers don’t know there are other styles of beer that they would love. This Hop Heads beer of the month club is offered by a company that specializes in gifting and has been running their beer clubs since 1998. Save $10 on 4-month gifts with coupon SAVE10.

For a craft beer geek who just can’t get enough, homebrewing is a great opportunity to get an even deeper level of knowledge. If you think you’ve got an IPA lover who wants to begin homebrewing, it’s important to pick out the right starter kit from among the two dozen available. We’ve selected this particular starter kit for this reason: the best IPA beer kits (the ingredients your future chemist will use to create his favorite beers) are only available in 5-gallon packages. Most starter kits only let you make 1-2 gallons at a time.The math gets complicated quickly, so we recommend this BrewDemon 6-gallon starter kit (the extra gallon isn’t a problem) which will allow your IPA lover to choose brew kits for the top IPAs from the best breweries.

Beer tastes best fresh and it tastes best on draft. For the IPA-lover, freshness and draft service help enhance the aromatics coming from the hops, which is the essence of what makes an IPA so enjoyable. This new countertop appliance (built by Krups) is called THE SUB ® and it lets anyone (in Hopsy's delivery areas) enjoy fresh craft beer at home without sacrificing space to a Kegerator. This VIP Pack includes THE SUB ® and 4 Torps (2L of beer each) plus a host of extras making this the best value IPA gift available.

Beer tastes best fresh and it tastes best on draft. For the IPA-lover, freshness and draft service help enhance the aromatics coming from the hops, which is the essence of what makes an IPA so enjoyable. Kegerators are modified refrigerators that hold beer kegs inside them. We picked this particular Kegerator because it has a dual tap (meaning your IPA-lover can keep two smaller kegs of his or her favorite IPA fresh and super cold at home, all of the time). Want to upgrade this gift? Order the beer tap handles for his or her favorite beers or have custom tap handles made just for him or her.